Why go to Bali or Thailand when we have Noosaville and Noosa Heads! - Review of Sandy Beach Resort Noosa

Why go to Bali or Thailand when we have Noosaville and Noosa Heads!

Our Mecca ! Best holiday destination in Queensland great appartments ,pool and palm trees loads of palm trees and birds Love It ! We have been here for at least 10 years and it never disappoints us and I’m sure it won’t disappoint anyone looking for tropical getaway,

See all 284 reviews
Payments made by partners impact the order of prices displayed. Room types may vary.
Nearby Hotels 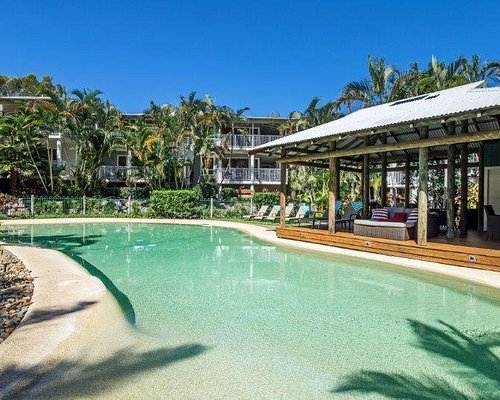 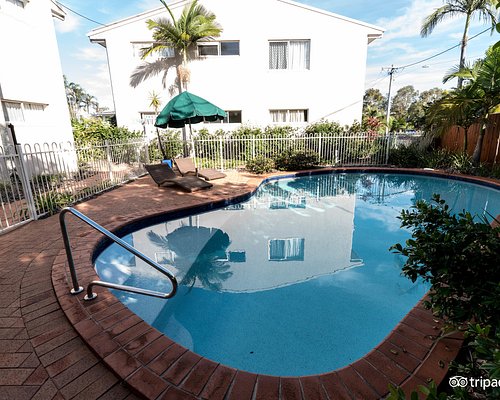 Well, I did come back as Sandy Beach Resort is just so ideal for a family group. The accommodation is spacious and very well equipped and the facilities are great. We made great use of the pools, the spa and the bbq. Another reason I come back is that you just can't go past this location for a holiday. In just a few minutes you're on the river front, and close to everything. There is something for all ages, young and old. I will be back:)

This review is the subjective opinion of a TripAdvisor member and not of TripAdvisor LLC
DonnaandRich2013
Liverpool, United Kingdom
2014
Reviewed 13 October 2018 via mobile
Noisy, terrible WiFi and safety concerns (points 7 & 8 below)

The room was loverly however it was spoilt by a number of things.

1. Noise - the rooms are so close to the pool you can hear even conversations though your shut doors. If you don’t mind listening to other people’s conversations and screaming children from dawn until 9pm, you will love it. However, if you plan on getting an early night because you have a trip to Fraser Island with a 6am pickup forget it.

2. More noise - did I mention that the hotel next door also has a pool with even more noise. So if you think you could move to another room in the unit to try and escape forget it.

3. WiFi - you get 500mb per Unit per day. So if you have 6 people in your unit like ours, it works out at less than 100mb per person! They will of course sell you some more but when you advertise “Free WiFi” it should be free, or at least advertise it VERY LIMITED free WiFi.

4. There are canoes you can use. However, you can only use them between 8am-10am at the weekend. CRAZY! (The owners don’t trust their guests obviously...or don’t want to pay for a reception at the weekend which is where you get them from).

5. We only saw the owners / managers the once when we checked in ... what a grumpy lot they seem. You only get one chance to make a first impression, we certainly didn’t get a warm welcome.

6. The RULES - there is a rule book in the unit and our stay felt like we were in a prison not on holiday....oh and if you don’t read the rule book there are notices they have made and put up around the place reminding you (eg. $66 fine for not tidying and emptying the bins)

7. Safety - our hair drier had a sticker saying it had last been checked in 2012 (so by my calculation it’s 6 yrs over due)

8. Safety (personal items) - there is a safe in the room. However, in less than 30 seconds I found the over ride key. This is hidden in the worst place possible - under the table next to the safe! Come on guys ! This is really poor and stupid. You never leave an over ride key in the same place and next to a safe.

Would not stay here again and I would not recommend it.

Great resort for families. Kids loved the heated spa and heated pool. The third pool is not heated but is refreshing if you can handle the cold. Great BBQ which heats up quickly and was absolutely spotless every time we used it.

This review is the subjective opinion of a TripAdvisor member and not of TripAdvisor LLC
Central_Victoria
Melbourne, Victoria
825
Reviewed 25 September 2018
Very comfortable and affordable

Stayed here in Mid-September. 2 bedroom apartment with river views. Lovely deck with morning sun looking across the road to the river. Little bit Loud in the front bedroom, but I wouldn't say it woke us up.

The apartment is very nice and clean. Not dated like some people we read suggested.
The Pools aren't much good at this time of the year. The cold one is freezing, and the 'heated' pool is ok for only 5 minutes, even when it's 25 degrees.

It was a bit annoying that there were no rubbish bin bags other than the one in the bin when we arrived, and only 2 dishwasher powder satchels. We're fine with buying provisions for a week stay in self catering, but it's a bit tight not including these items.
Not a major issue but something you'd consider even self catering would allow.

Noosaville is a nice spot, but not really a place to go swimming at. We went to Noosa Heads quite a bit to swim. Not great food options nearby, except for the boathouse on the river, which is great. $30 for two courses Monday - Thursday is unbeatable.
Plenty of bbqs along the river.

The DVD selection is hilarious. Worth the stay just for that. 50c bin at Blockbuster closing down sale sort of thing. But FREE so I'll shut up.