Saracens Head Hotel
Lowest prices for your stay
Lock in great prices from these sites
USD 141
View deal
Hotels.comUSD 161
PricelineUSD 141
Expedia.comUSD 161
eDreamsUSD 141
CheapTicketsUSD 161
Trip.comUSD 169
View all 15 deals
Prices are provided by our partners, and reflect total costs of the stay, including all taxes and fees known to our partners. Please see our partners for more details.
Payments made by partners impact the order of prices displayed. Room types may vary.
PhilandCath
Liverpool
154

I was part of a group in the area to play golf and we stayed at the hotel for two nights.
The hotel is very quirky and the staff friendly and helpful. Robyn on the desk was always smiley and very professional. The hotel had reduced staffing at this difficult time but they still did well.
The rooms are clean and the beds very comfortable- we stayed in one of the four poster rooms.
The breakfasts and the main meal we ate at the hotel were simple but tasty and very well made.
We would return and want to thank the hotel staff for making our stay a good one, even in these hard times for the industry.More

Show less
See all 491 reviews
Payments made by partners impact the order of prices displayed. Room types may vary.
Nearby Hotels 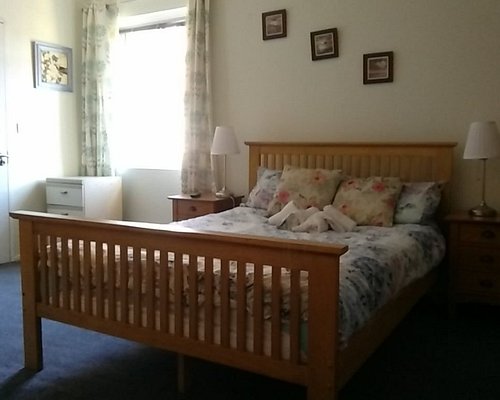 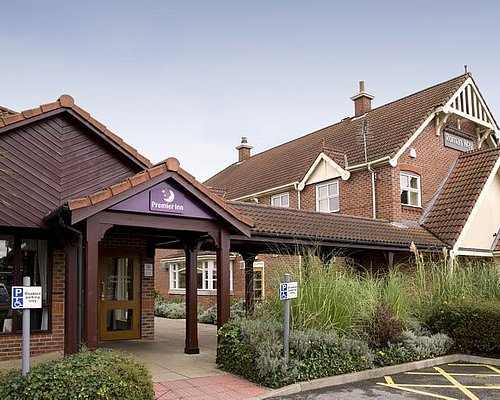 Lunch at the hotel was from a limited menu (even more limited by some items not being available). No-one told us when we were shown to the table that some items were off. This would have aided our slection and saved time. The food when it eventually came was ok and the dining room very pleasant. The service was mixed - some tables were offered water though we were not. The service was very slow and the excuse given was that there was only one chef on. One table requested some chips with their meal but were told that because there was only chef on they couldn't have them. Why when everything was serves with chips? A lack of staff in genreal made it difficult to find anyone to speak to or ask for help. After the main course we gave up and left going elsewhere for coffee and dessert. I don't recommend this restaurant. Were not staying but given our experience in the dining we would not think of a stay. Not sure about their covid plociy as some staff wore masks, visors and others no face covering.

I try and call in to The Saracens for a bar snack before racing at Southwell.
A lovely cosy place with interesting well appointed rooms to relax in , and the food is always excellent.
Well worth a visit if you’re ever in town.

This review is the subjective opinion of a TripAdvisor member and not of TripAdvisor LLC
MikeH755
Broughton in Furness, United Kingdom
10043
Reviewed 12 March 2020
Weekend visit

Stayed 2 nights at the Saracens Head (Friday & Saturday). Check in was easy and we were able to leave our car in the free car park before we checked in to go into town. The room (and the whole hotel) clearly showed its long history and the rooms are decidedly quirky. The bed was VERY comfortable (Room 2) and despite it being on the main road it was pretty quiet. Breakfast was excellent and the staff were friendly and helpful throughout our stay. Would certainly stay again!

Room tip: We had Room 2 at the front of the hotel. Four Poster bed.
Ask MikeH755 about Saracens Head Hotel
1  Thank MikeH755

This review is the subjective opinion of a TripAdvisor member and not of TripAdvisor LLC
Ketriin T
42
Reviewed 6 March 2020
Greatest !

Our family had never visited such a nice hotel ! Adorable small town ... and our favourite place was still the restaurant haha ! There’s no such word to describe their food . The greatest restaurant out there ! Super friendly staff too . 10/10 would recommend .

This review is the subjective opinion of a TripAdvisor member and not of TripAdvisor LLC
HV116056
Derby, United Kingdom
2274
Reviewed 28 February 2020
A tired venue, lacking management, qualified staff, and maintenance.

This hotel and restaurant was probably great many years ago, but no longer. As a party of four we booked the restaurant for the first time for a friday night and with an open mind, and a hope this would be somewhere we would want to return. We were disappointed............
First they had run out of Merlot red wine, which the table next to us asked for. It was the cheapest on the wine menu, but despite the Co-Op next door almost to this location, no-one had bothered to replenish the stock. We ordered a bottle of Malbec for our table, which was cold on arrival. We asked for it to be brought up to temperature so it was taken away by the water in the white gloves and waistcoat. He carried on serving others and twenty minutes later we had to ask again. The female water who brought the our wine was also asked to take the wine away as the same bottle was still cold. She was the one with the leggings, leopard print boots, and who chewed gum throughout our service.
Three of our party ordered the cheesy garlic bread starter. This arrived as a bread baguette with cheese heated over it and not inside, and was sadly missing one vital ingredient........ garlic.
I had steak pie for mains, others had fish and chips. They arrived, but despite the governments plea for restaurants to reduce meal sizes and cut down on waste, each plate was sufficient to feed at least two people.
All were ridiculously big. So much waste. The fish wasn't white so obviously not fresh, probably frozen. My chips were more the size of fish fingers and nothing like chips. The pie was tasty, but a little dry. No gravy boat accompanied this meal. To be fair I hadn't asked for any, but never having been before, how was I to know. When we all finished we all had at least 60% of our meal still on the plate. So much unnecessary waste.
It's obvious that the staff here lack training and people skills necessary for a modern day hotel and restaurant. There is an obvious lack of management. More importantly, it needs someone to take charge of the decor, which is in need of urgent attention, before more of it falls off the walls. What was once a hotel greatly admired, this is now only fit for working mens club status........minus the sawdust.