USD 248
Reserve now, pay at stay
View Deal
Hotels.comUSD 248
TravelocityUSD 248
Orbitz.comUSD 248
CheapTicketsUSD 248
TripadvisorUSD 248
ZenHotels.com
View all 8 deals
Prices are provided by our partners, and reflect total costs of the stay, including all taxes and fees known to our partners. Please see our partners for more details.
Payments made by partners impact the order of prices displayed. Room types may vary.
4Siksika
5

My room was very small and not very quiet, no tv (like to watch news before bed) no ac but there was a fan. No hot water in the morning unless you shower before 6 am. But the staff was great, very helpful. There was a really good restaurant down the hill toward town.

See all 215 reviews
Payments made by partners impact the order of prices displayed. Room types may vary.
Nearby Hotels 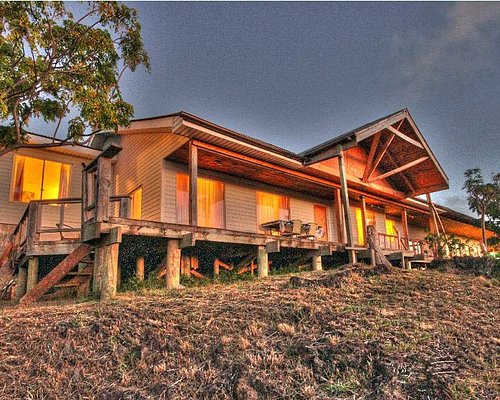 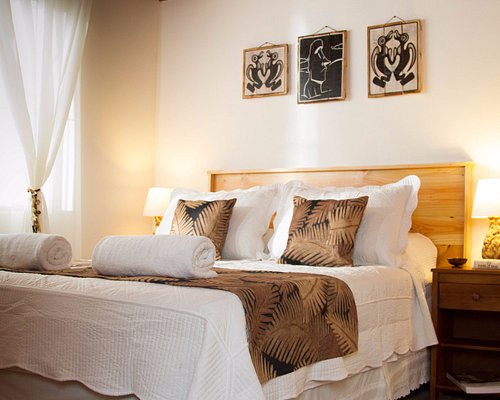 The staff is nice enough, but really, the building is just awful, like, the walls are thin so you hear everything that´s going on in the next room, the walls are moldy. Breakfast is ok, enough to get you going for the day. Wifi no good, but then the whole island has a poor signal. The bed was comfy and warm, the shower is good, but I would not recommend this hotel. Maybe for backpackers, ;)

This review is the subjective opinion of a TripAdvisor member and not of TripAdvisor LLC
emilykgranny
Rocky Harbour, Canada
324
Reviewed 11 January 2019 via mobile
Need TLC

First time to Easter Island, maybe last time here too. Stayed 3 nights, booked ocean view room, but hardly much of a view. Hotel has no AC or fan. In open areas, it’s airy, but in the room was stuffy even after we complained and got a fan. The sliding door was off track and had big gap, after complaining to manager and several hours later, it was temporary fix. There’s no shampoo or soap or floor mat the bathroom the first night. Roaches and bed bugs were found in our room, I thought it was mosquitoes, I got bit all over my body.
Breakfast included was basic and coffee was watery. The staff was very nice and friendly.
The restaurant doesn’t really serve any lunch or dinner, has to be preordered in advance.$50. US for three course dinner, didn’t try. The location is great, walking distance to restaurants and shops . TLC is definitely needed. Normally I would give it one star, but since it’s on such remote island, I adjusted my standard, and nice staff, I decided to give it a three.

This review is the subjective opinion of a TripAdvisor member and not of TripAdvisor LLC
thaisfuncia
Sao Paulo, SP
250110
Reviewed 2 March 2018
Okay hotel but great service

We had ony an overnight at the hotel but the 2 sisters at the reception were super special. Always trying to deliver their best. Breakfast was good. But no Ac at the rooms. Some rooms are biggers tahn the others. We got a big room with ocean view but its a 2,5 stars hotel.

This is a difficult review for me, because I think hotel Tupa has a lot of potential, but a few flaws that disturbed me a bit.

I stayed at the Tupa hotel in Hanga Roa for 7 nights in April / May. At the time of the booking, this was a mid-range hotel, not the cheapest, not the most expensive.
Here are a few notes about the hotel:

- No internet/wifi in my room. Only in a lobby, sometimes ( a bit spotty) and usually slow

- The lobby is nice, with some couches and a beautiful view to the ocean and the very nice garden outside

- There were, as other reported, cockroaches in my room, corridor and outside . Although in the tropics, they are probably hard to avoid, and they proably come from the garden, I did not enjoy their presence. Some of them were HUGE ! Most of the time, I saw only a few small ones in my room, but on the first night, there were many, and some big ones. Probably due to the weather. So you may get lucky with them, depending...

- Very old and dirty carpet and paint in the creepy corridor, which don't give a very good image of the hotel, which otherwise is quite ok, clean and pleasant

- My room was clean and quite nice with a large bed. It is nice to have a mini-fridge to cool drinks

- No A/C. Although not absolutely mandatory with the temperatures I encountered in April/May, it would make the room much more enjoyable

- Nice staff. Some spoke english, some not, but all were nice, helpful and friendly

- Breakfast was ok, but nothing special, not much variation, and not so high quality

- On my first night, there was a huge party in the hotel area, with about 50 teenagers, who were lodging at the hotel. I had to wear my earplugs to have a chance to sleep. It is ironic that the reception asks you to sign the rules of the house upon arrive (along with the immediate payment of the full stay, in cash USD), which say no noise after 23:00. But then they allow a party... the rest of the time, the hotel was very quiet though, so I think the party was an exception

All in all, Tupa hotel is not bad, it has its pros and cons. I think if the corridor was renovated, the roaches dealt with and the breakfast improved a bit, it would easily get a 4* mark from me. The garden alone is so lovely...

This review is the subjective opinion of a TripAdvisor member and not of TripAdvisor LLC
GloriaSoames
Brisbane, Australia
54
Reviewed 16 March 2017
Island Retreat

I had to pinch myself to believe I was actually on Easter Is/Rapa Nui/Isla de Pascua... what an amazing experience! Hotel Tupa was the one booked for us by our tour company - a company that prides itself on supporting locally owned and operated businesses. We thoroughly enjoyed staying there. We were able to walk to local places (though the return home is kind of uphill)... Not too far from the Hanga Roa shopping centre and also not far from our 'go-to' favourite restaurant (Haka Honu)... Our room was spacious and comfortable, the cleaning lady inventive with her enjoyable towel animals, a plentiful breakfast, comfortable common areas (lobby, patios and sitting rooms) and all quite quiet. Loved the chickens that wandered in the sub-tropical garden. English was not the staff's best talent but somehow we all managed to sort out whatever needed sorting... As we had pre-booked tours, once we were checked in we were pretty much organised. The wifi works in the lounge and common areas - not an uncommon experience for me and hey, when you are in the most remote island in the Pacific, what a luxury it is to have wifi at all! A great excuse to turn off from the rest of the universe and focus on being here. Iorana!

Room tip: At our end of the complex it took quite a while for the hot water to come through so patience (and a lot of water) is needed.
Ask GloriaSoames about Tupa Hotel
Thank GloriaSoames