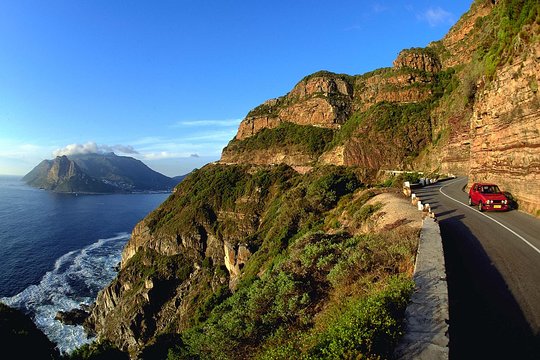 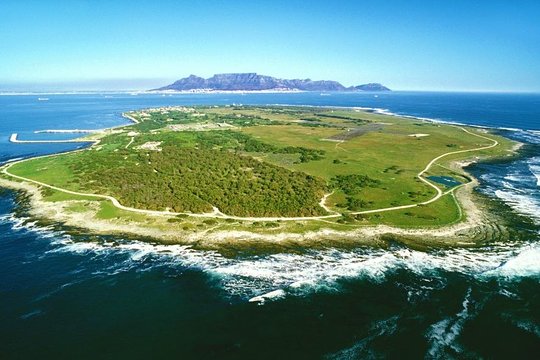 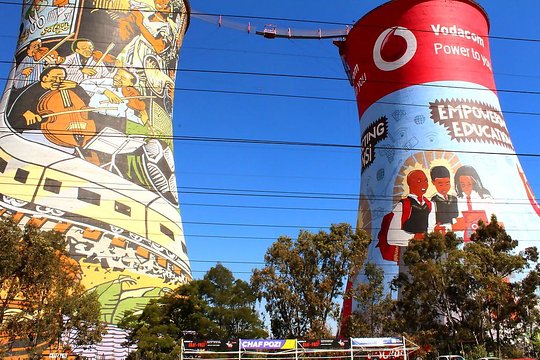 Get picked from your hotel in Johannesburg for Pretoria, Soweto and Apartheid Museum. We will drive down to Pretoria for to the Vortrekker Monument where we will put get to learn the beautiful Stories of the Afrikaaners and the rich history of the great trek. We will drive through the beautiful City of Pretoria and pass by Church Square for some history about the square. We will then head to Union buildings for a photo shoot and also see the iconic statue of Nelson Mandela. From there we head to Soweto where we will visit Hector Pieterson Museum, Mandela House before sampling Some Africa Delicacy. We wrap up things in Apartheid Museum for a candid apartheid history.

Whilst on this tour, you will visit various places including Sterfontein Caves where the 2.3 million year old fossil Australopithecus africanus was unearthed in 1947.

The Maropeng Visitor center is a world class exhibition that was opened in 2005 and focuses on the development of hominins.

Get picked from your hotel in Cape Town and lets us take you on a Journey of the Penninsular. The full day Peninsula Tour will take you around the entire Cape peninsula and show you the wonders of Cape Town - from the pristine beaches, to the spectacular sight of Cape Point, where the oceans meet. Also be sure not to miss the sensational visit to Kirstenbosch Botanical Gardens

We pick you from your hotel in Cape Town hotels or Guest houses for these full day Wine Tour from Cape Town. We start off in

Stellenbosch and we will cover the best winelands in the cape with an option of tasting wine.

Over 1,200 wild animals can be seen on these day Safari, with a number of species including lion, cheetah, Black rhino, eland, leopard, jackal, Cape clawless otter and many more. Bird life is equally prolific, with a number of local and migratory species to be found across the reserve. Bird species you may encounter on this Cape Town safari include African fish eagle, blackbreasted snake eagle, giant kingfisher, Cape vulture, Cape eagle owl, flamingo, ostrich, secretary bird, sacred ibis, spotted eagle owl, black stork, barn owl and jackal buzzard to name just a few. A game drive across the reserve is the perfect way to take on the plentiful game and bird life that can be found at the Private Game Reserve
Show More
Important Information
Departure Point
Traveler pickup is offered
We pick clients from Johannesburg Airport and also Johannesburg Hotels

Departure Time
8:00 AM
Duration
5 days
Inclusions
Exclusions
Show More
Additional Info
Cancellation Policy
For a full refund, cancel at least 24 hours in advance of the start date of the experience.

Sherry P
130
Great guide
I really enjoyed this tour of the area and the local attractions. My guide was amazing. I would recommend to…
Read more

jamessP4039MO
20
Apartheid Tour
Guide provided a well informed tour of the essential sites concerning Apartheid in Johannesburg. A visit to the…
Read more

Ju23M
20
Soweto
The tour was amazing, the guide was very informative.We have got a chance to see the real Soweto. The museum was a…
Read more

Yoni N
51
Could spend days at the Apartheid Museum
For someone who has travelled to 100 countries and has what to compare, I can say this was one of the best museums…
Read more

perakash
New Jersey
400161
Interesting and informative
We were picked up at our hotel and given a bottle of water and a box of snacks. We were then driven to the caves…
Read more

Departure42321561207
10
great
I had a wonderful time. My wife did also. It was a pleasure enjoying the city. I would recommend it to anyone.
Read more

Thomas K
31
CULTURE
Touroperator from Viator. I had the luck to have Pastor and he is a friendly, knowledgable and trusted guy and I…
Read more

anast916
Mexico City, Mexico
10
Great experience 2-day Safari
The service was great, it was what we were expecting. Guides and drivers were very nice. The hotel dinner was…
Read more

TravelSMeri
Austin, Texas
82
If you are into archeology and human evolution, this is a must-see.
It was fun to see where the oldest bones were uncovered and understand how rampant mining lead to amazing…
Read more

925barrys
London, United Kingdom
277
Fascinating day out with brilliant guide
We had a great day out with our guide, Nick. He picked us up on time and was a really polite, interesting and…
Read more

rocksteady2018
20
Soweto,Jozi,Apartheid Tours
Tour guide was extremely knowledgable and did a good job with time management with each portion of the tour.Soweto…
Read more 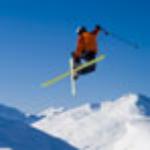 morelon2028
newnan
10
An awesome adventure
Our group of 13 enjoyed the safari and historical tour..Nick was very knowledgeable and patient..I highly…
Read more 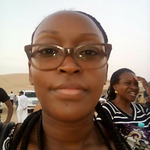