Day Trip To Luxor By Bus
By: Manolo Tours Egypt 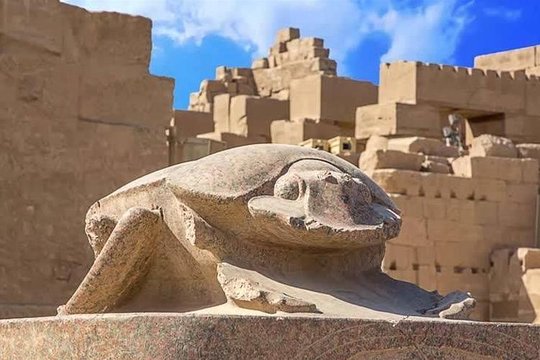 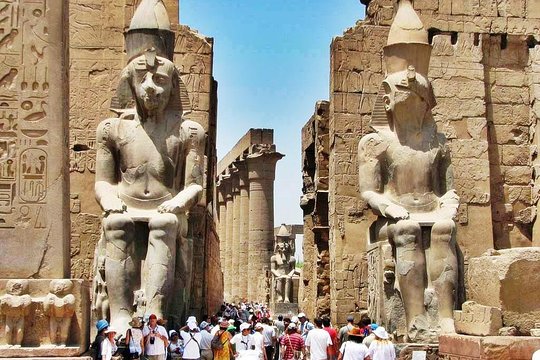 This product is unavailable to book via TripAdvisor. Contact the supplier for availability.
From
USD 79.01
Free Cancellation up to 24 hours in advance
Low Price GuaranteeNo Booking Fees
Overview
Expect pickup early in the morning and transfer by air-conditioned coach to Luxor, a UNESCO World Heritage Site, where your guide will meet you. First, cross the Nile to the West Bank and the famous Valley of the Kings, with 63 royal tombs dating back almost 4,000 years: The elaborate art that decorates their walls gives an insight into how Egypt’s rulers lived.

Next, visit the Temple of Queen Hatshepsut at Deir el Bahari, a tribute to Egypt’s gender-bending female pharaoh, and the giant statues known as the Colossi of Memnon.

Cross back to the East Bank and relax with a traditional local lunch before you explore the vast Temple of Karnak. Finish with a visit to an alabaster factory and a papyrus bazaar before your coach drops you back at your hotel.
What to Expect
Itinerary
This is a typical itinerary for this product

The Karnak Temple, known as the Karnak Temple, is a collection of temples, buildings and columns, where expansion and construction continued from the Pharaonic era, particularly the kings of the central state to the Roman era in Luxor in Egypt on the eastern Shatt. The temple was built for the divine trinity of Amun (Amun-Re in modern times), his wife, the goddess Mut, and their son, Khonsu; each has a temple belonging to the temple complex of Karnak. Sometimes tourists and non-specialists mean the Karnak temple only the temple belonging to Amun Ai Amun Re.

The Temple of Hatshepsut, or Mortuary Temple of Hatshepsut, is a temple from the 18th Dynasty of Egypt, the best remaining temple built some 3,500 years ago in Deir el-Bahari, Egypt. It was built by Queen Hatshepsut on the West Bank of the Nile opposite to Thebes (the capital of ancient Egypt and the seat of the cult of Amun) (Luxor today). The Temple of Hatshepsut is characterized by its unique architectural design compared to the Egyptian temples that were built on the east bank of the Nile in Thebes. The temple consists of three consecutive floors on open balconies. The temple was built of limestone, and the limestone statues of Osiris and Queen Hatshepsut were erected in front of the pillars of the second floor in a beautiful distribution. Originally, the statues were colored, and now there are only a few monuments left, and some of the statues in perfectly good shape indicate the elegance and beauty of the temple.

The Valley of the Kings, also known as the "Valley of the Biban Kings", is a valley in Egypt used for 500 years during the period between the sixteenth and eleventh centuries BC to build tombs of the pharaohs and nobles of the modern state extended during the ages of the eighteenth dynasties to the Twentieth Dynasty in ancient Egypt. The valley on the west bank of the Nile in the face of Thebes (now Luxor) in the heart of the ancient funerary city of Thebes. The Valley of the Kings is divided into two valleys; the Eastern Valley (where most royal tombs are located) and the Western Valley.

The statue is called "Memnon" when the eastern statue cracked and produced a voice likening it to the legendary hero "Memnon" who was killed in the wars of his Trojan and was calling his mother (Ayos), the goddess of dawn every morning. Her tears were dew.

828maryamm
10
Amazing Safari Experience
Myself and my family had an amazing safari experience with Manolo Tours. The safari consisted of Quad Biking, tea…
Read more

Avaj2572
11
The best dolphin trip
It was a very nice and enjoyable day. The car took us to the boat and the captain and the staff were very…
Read more

perrykd2019
21
Tour of a lifetime
Having the right driver for a tour can make or break the experience. Mahmoud far exceeded our expectations. Not…
Read more

perr2344
31
Best private car from Hurghada to Cairo
The first thing Mahmoud said when he picked us up is that the car belongs to us to do as we wish. He kept that…
Read more

gabrielw3461
12
Friendly driver
He took us from hotel to go an shop some clothes... he had a nice and friendly character! Good atmosphere...!
Read more

Darragh1992
12
Amazing Service
We used Monolo Taxi Hurghada many times during our holiday and We always received amazing service. He was always…
Read more 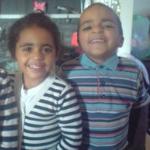 RM2101
10
Reliable and calm driver
He was very fast in picking us up. He waited in front of the hotel for us. He was able to show us, that he really…
Read more

Patrickgda
11
Patrick
There is no doubt Manolo is the best driver in town! He drives very safe and can show you places tourists would'nt…
Read more