East & West Bank of the Nile
By: Egypt Take Tour 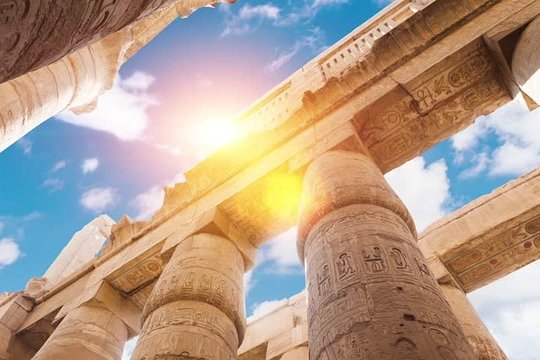 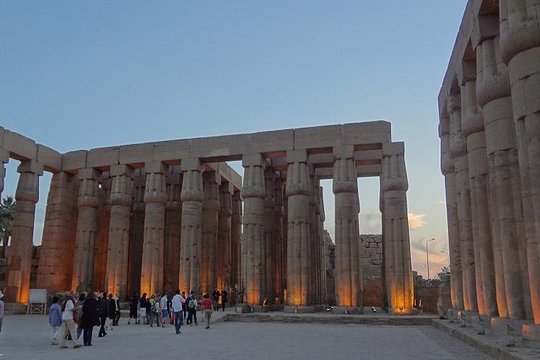 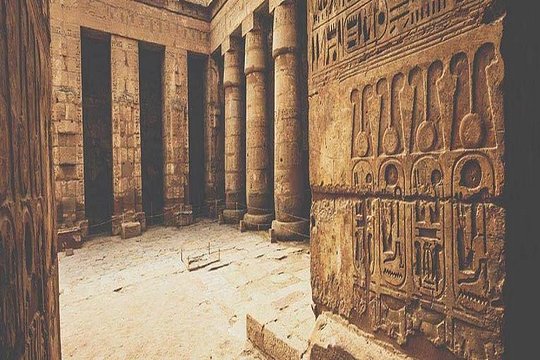 This product is unavailable to book via TripAdvisor. Contact the supplier for availability.
From
USD 80.00
Free Cancellation up to 24 hours in advance
Low Price Guarantee
No Booking Fees
Overview
Egypttaketour representative will pick you up from your hotel in Luxor and transfer to the west bank where you will visit the Valley of the Kings, the magnificence of the grandeur of architecture which was used for burial, there are many kings buried in this valley. The most known tombs are King Tutmosis I, Tutmosis III, Tut-Ankh-Amon, King Ramssess VI, King Mrenptah and AmonhotepII. Move on to visit the Temple of Queen Hatshepsut, which was built by Queen Hatshepsut, daughter of Thutmosis I, who ruled Egypt about 20 years during the 18th Dynasty (approximately 1490-1469 B.C), the only pharaonic woman who reigned ancient Egypt. You will pass by the colossi of Memnon which are remains of the mortuary temple of Amenhotep III.
What to Expect
Itinerary
This is a typical itinerary for this product

See the most famous sites around Luxor on both sides of the river in one day. VisitKarnak Temple and Luxor Temple on the East bank and then see the Valley of the Kings, the Collossi of Memnonand Hatshepsut Temple on the West bank.
Show More
Important Information
Departure Point
Traveler pickup is offered
Egypttaketour representative will pick you up from your hotel in Luxor
Departure Time
8:00 AM
Duration
8m
Inclusions
Exclusions
Show More
Additional Info
Cancellation Policy
For a full refund, cancel at least 24 hours in advance of the start date of the experience.

MomoBanks1
20
A Wonderful Day in Cairo!
Mr. Amir, our tour guide, and Mr. Mahmoud, our driver, customized the tour to suit our needs. We travelled with…
Read more

Jahid A
London, United Kingdom
20
Really Great Guide
Could not have asked for more... Picked me up exact 7:01am from the airport n dropped back 6:45pm. Never felt…
Read more

Safari643705
10
Visit to Egyp
I visited Egypt several times already. What makes it special is my guide Amir Fawzy whom I met one my eary visit.…
Read more

inadulanto
Philadelphia, Pennsylvania
65
Amazing day with Amir
Amir picked us up right on time to the hotel to take us to Giza. We had a great time and he was such a great…
Read more 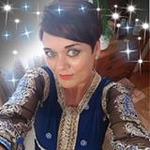 esmem12345
Harrismith, South Africa
10
3 day Cairo Tour
My sister and I went on a 3 day tour with Amir Fawzy in April 2019. We went to Giza Pyramids, Saqqara, Memphis…
Read more 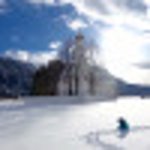 Misterkoya
Zhubei, Hsinchu County
21
Desert Safari
Amazing desert sahara ,it's was a wonderful experince for me in Egypt with the nice guy Amir.Me and my family all…
Read more

Marshall E
21
Cairo Vacation
Amir was very knowledgeable and is a great person. It was like being on vacation with a friend. You won't be…
Read more

FahmiHusin
Kota Bharu, Malaysia
11
Private Tour With Amer
I had my trip with this guy Amer, from Cairo to Aswan, Luxor and back to Cairo in 1 week. I had my best time in…
Read more

laleeeeta
Manchester, United Kingdom
41
Private tour of Giza
My friend and I booked a tour with Amir to ensure we had someone to guide us around the various sites and to…
Read more

charw786
Nottingham, United Kingdom
44
Learn and Laugh
Everyone prefers to have fun while they learn and Amir was great at combining detailed info with a fun experience.…
Read more

AnabsTravels
New York City, New York
11
Exceptional Tour of Cairo!
Where do I begin. Let me preface this by explaining that I've traveled the world quite a bit. I've done solo…
Read more