4-Day Best of Luxor from Luxor
By: Luxor Travels 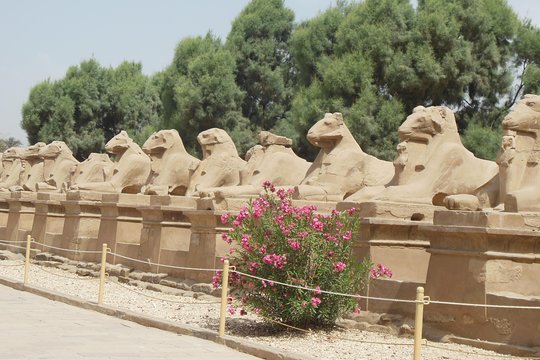 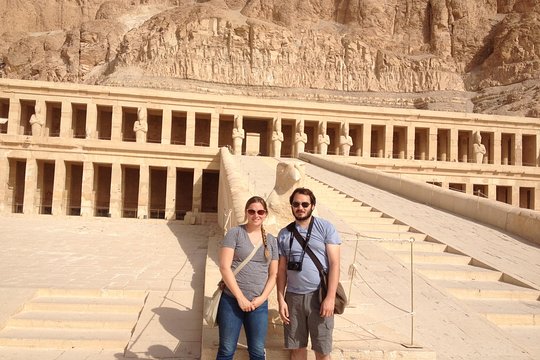 On your first day you will be picked up from your Luxor hotel or port. You'll begin at the Valley of the Kings, the ancient Necropolis of Thebes, which is a must-see for Luxor travelers. There you visit three tombs: the Tomb of Ramses, the Tomb of Horemheb and the Tomb of Merenptah. You will also visit the Temple of Queen Hatshepsut, and the Temple of Ramses III.

Afterwards, you will be taken to see the Colossi of Memnon, the two largest ancient statues in Egypt, which date back to the era of King Amenhotep III. After touring the sites, you will be transferred back to your hotel by an air-conditioned vehicle.

Today you will begin with Karnak Temples in the East Bank of Luxor. There you can admire the Hypostyle Hall, Obelisks of Queen Hatshepsut and Tutomosis I, the Temple of Amon, the Granite Scarbeus of Amenophis III and the Sacred Lake. After Karnak, you will be brought to Luxor Museum, which houses items found in Tutankhamun's tomb.

The next stop will be at Luxor Temple, which is dedicated to the Theben Triad. There you will see statues of Ramses the Great and the Avenue of Sphinxes. After touring the sites you will be transferred back to your hotel.

After breakfast your Egyptologist tour guide and driver will pick you up to enjoy another guided tour of the West Bank of Luxor. There you visit Valley of the Artisans (Deir el Medina), Ramesseum (Mortuary Temple of Ramses II), Tombs of the Nobles (Valley of the Nobles) and Valley of the Queens. After touring the sites you will be transported back to your accommodation.

Today you will enjoy another day in the West Bank, but this time you'll explore some less familiar, hidden treasures of Luxor. First you will visit Isis Temple (Deir el Shelwit), a relatively young temple from the first century AD, and special because it is the only temple in Luxor that was built solely in the honor of Isis, goddess of love, magic and wisdom. Next stop will be at Howard Carter House, the residence belonging to the British man who became famous after discovering the tomb of Tutankhamun. There you will see all his possessions, including his tools and camera. Also, be amazed at the impressive replica of Tutankhamun's tomb.

To conclude today's tour you will visit the Temple of Seti I. This temple from the New Kingdom is truly a hidden gem. Even though a significant part of the temple is still buried under a modern West Bank village, the ruins are magnificent with its beautiful architecture and preserved reliefs and pylons. After touring the sites you will taken back to your accommodation in Luxor, or any Luxor port for your departure.
Show More
Important Information
Departure Point
Luxor hotels or ports
Departure Time
Please contact us for exact pickup time and location (contact details will be provided on your voucher) after booking
Duration
4 days
Inclusions
Exclusions
Show More
Additional Info
Cancellation Policy
For a full refund, cancel at least 24 hours in advance of the start date of the experience.

Courtney M
11
Best Day In Luxor and All of Egypt
We were so happy to have Khalid as our guide for our tour, he was so knowledgeable about each place we visited and…
Read more

Kathy L
32
A must!
First and foremost id like to thank Khalid for an Amazing experience that I will truly never forget! If you look…
Read more

Alice M
23
Mrs McDonald
Excellent and professional service by the drivers for the transfers from my resort to Luxor to meet our guide.…
Read more

Omi A
52
Egypt 2020...
This was a once in a lifetime experience...( although I am already considering another trip though...!) We had…
Read more

محمد الحضري
Salalah, Oman
23
Beautiful city
Luxor, the city of dreams, loves to visit every time. The tour guide, Rajab, is one of the most beautiful things…
Read more

Matt W
63
Awesome full day tour
Our guide, Khalid, did a great job sharing the history of Egypt with us. Out of the four tours we've taken while…
Read more

Tracy D
116
Khalid is the master!
Incredible! We had an egyptomogist with a masters degree as our guide, Khalid! He was so thorough in his history…
Read more

Janine R
12
Unforgettable and worthwhile tour!
Khalid was amazing! He always had our best interest in mind and kept us informed. He let us have time to go and…
Read more