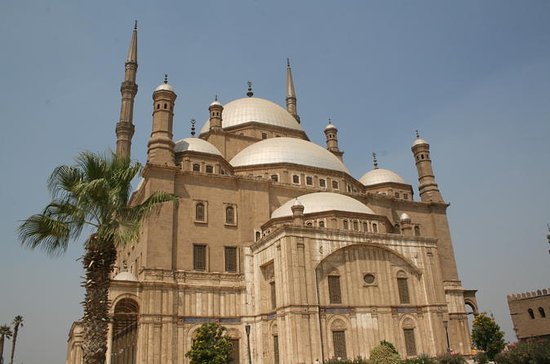 Select Date and Travellers
From
USD 45.00
Date
2 travellers
Options
Select tour language
Free Cancellation up to 24 hours in advance
Low Price Guarantee
No Booking Fees
Overview
What to Expect
As you may enter working mosques, please dress modestly – long, loose clothes that cover arms and legs – and wear shoes that are easy to remove: women should also bring a scarf to cover their hair. Please note that a few sites close to the public at 5pm. You'll start your tour of some of the highlights of historic Cairo, a UNESCO World Heritage Site, by strolling through the Citadel, built by Saladin, founder of the Ayubbid dynasty. As you only have 2-5 hours for this tour, you'll admire most of the sites from outside: either choose 3 to 4 monuments to visit or ask your guide for recommendations.From the citadel, you'll see the Mosque of Sultan Hassan, the Refaie Mosque, the Giza pyramids (if it's not foggy), the Ibn Tulun Mosque (the oldest mosque in the city surviving in its original form, and the largest mosque in Cairo in terms of land area), and the famous Cairo tower. Stroll through the Alabaster mosque of Muhammad Ali Pasha, Cairo's best-preserved & most iconic, most beautiful mosque, to the al-Nasir Muhammad mamluk Mosque. Enjoy a feast of historic religious & military architecture as you admire the monuments inside this great fortress. Pause for a while to absorb the full scale of the Giants: Sultan Hassan & Refaie religious archaeological complex, built at the middle of the fourteenth century.You'll finish your tour with a couple of Cairo's better-known mosques: the Mosque of Abu Dahab (the father of Gold. A wealthy ottoman army leader who once "or more than once" threw gold over the poor as means of charity, hence his name), and the 10th-century al-Azhar Mosque, home to one of the oldest surviving Islamic universities in the world. Your final stop is the notorious downtown: you may wish to enjoy lunch or a non-alcoholic drink at one of the famous Restaurants and Cafes of this lively vivid buzzing Cairo City Center (the Paris along the Nile) Downtown, Cairo.
Show More
Important Information
Departure Point
Tour starts at your hotel/accommodation
Departure Time
10am
Return Details
Inclusions
Exclusions
Show More
Additional Info
Islamic Cairo's finest tour & major mosques
Cancellation Policy
For a full refund, cancel at least 24 hours in advance of the start date of the experience.

Ruvani786
Jeddah, Saudi Arabia
145
Let Down
We read about Mo Swift on trip advisor. He had great reviews and we felt he was exactly the kind of guide we…
Read more

riazrahim
10
Friendly, passionate, and generous
Mo Swift loves Cairo so much, he offered to show us around the famous al-Khalili market for free. I could tell how…
Read more 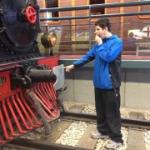 micahfiedler
Newington, Connecticut
50
The Rare Tour Guide With a Vested Interest in His Local Community
Mr. Swefy contains and conveys a deep local knowledge easily apparent in anybody who meets him. However, what…
Read more jpgomez709
Bogota, Colombia
10
Not quite what we expected
We met Muhammad while waiting in line for the show at Wekalet El Ghouri. He was very friendly and helped us find…
Read more

194nicholaso
40
Once of meeting in the bazaar
Muhammad approached me on the street in Khan el-Khalili while my girlfriend was looking at carpets. He was nice…
Read more

Nuria V
10
nice tour egyptian
We were going to the Egyptian museum until we were in it, it was very nice, since we were scared that everyone…
Read more

Orhunegekercek
10
City Tour
We met by coincidence and I was particularly interested in the Egyptian Mythology. It was hard for me to find a…
Read more

JenIng1983
20
Very good person
I met Muhammad in Islamic Cairo and he started giving me and my friend a free tour of the area. He also helped us…
Read more

Roenl
20
Cairo spectacular
During our visit to Egypt, we had a wonderful guide Mo Swift, he made us a night tour of the most peculiar and…
Read more

mikebersani
Geneva, New York
20
The best man in Cairo
I have read many of the reviews about Mohammed‘s tours of Cairo. Just like many of the other writers, my wife and…
Read more

Amy P
10
Awesome guide
Super friendly and knowledgeable guide. We had a great tour around the old city and he showed us to interesting…
Read more