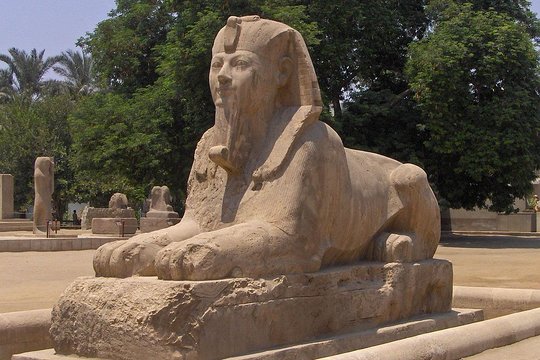 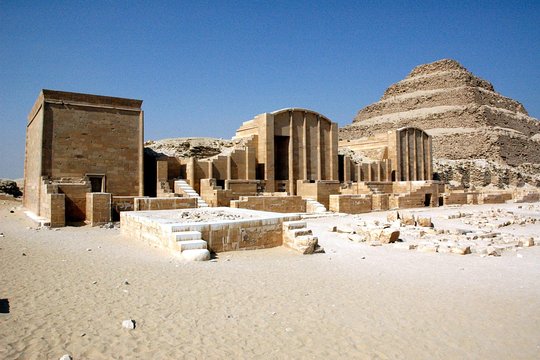 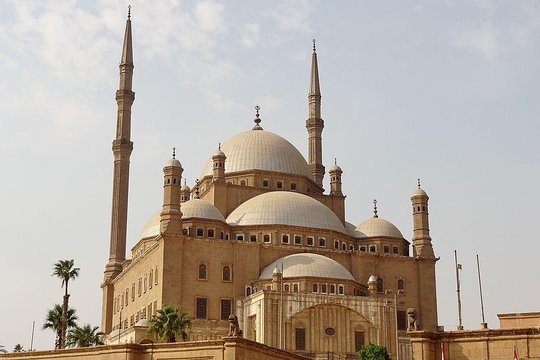 Stop At: Pyramids of Giza, Al Haram Str., Giza 12611 Egypt
During your stay in Cairo, check out all the Egyptian capital’s ancient highlights and the pharaonic relics at Sakkara and Memphis on this private 2-day tour, accompanied by an informative guide.
beside Sakkara and Memphis, you'll visit Giza pyramids and Spinx.

Sphinx: Known in Arabic as Abu Al Hol, this sculpture of a man with the haunches of a lion was dubbed the Sphinx.

Stop At: Memphis Historical Site, Egypt
Memphis: According to legend, as related by Manetho, the city was founded by the pharaoh Menes. It was the Capital of Egypt during the Old Kingdom and remained an important city throughout ancient Egyptian history.
Duration: 2 hours

Meals included:
• Lunch
No accommodation included on this day.

Stop At: The Museum of Egyptian Antiquities, Midan El Tahrir Geographical Society Building, Cairo 11511 Egypt
Lunch, entrance fees and air-conditioned transport, including Cairo hotel pickup and drop-off, are included on both days. Hotel accommodation and additional entrance fees, to attractions such as the Solar Boat Museum at Giza and the Royal Mummy Room at the Egyptian Museum, are not included.

Egyptian Museum: The most famous Antiquities museum in Egypt located in the heart of Cairo at Al-Tahrir Square. It houses the world's largest collection of Pharaonic antiquities. There are a variety of statues, tables, and coffins in addition to an extensive collection of papyrus and coins. The museum contains 42 rooms; two of them contain a number of mummies of kings and other royal family members of Ancient Egypt.
Duration: 2 hours

Stop At: Khan Al-Khalili, Cairo Egypt
Khan El Khalili: Khan El Khalili is considered one of the most authentic markets in Cairo. It is a major Souk (market) located in the heart of Islamic Cairo.
Duration: 2 hours

Stop At: Cairo Citadel, Al Abageyah Shar'a Salih Salem, Cairo 11511 Egypt
Cairo Citadel: The Saladin Citadel of Cairo was built between 1176 and 1183 to protect the city. It was the seat of the king and his government in Egypt for many years since built till the Ottoman era.
Duration: 2 hours

Stop At: Mosque of Muhammad Ali, Al Abageyah Qism El-Khalifa, Cairo 11511 Egypt
The Mosque of Mohamed Ali: The Mohamed Ali Mosque, or the Alabaster Mosque, is one of Egypt's most interesting mosques. It stands proudly on the highest point inside the Citadel of Saladin's courtyard. The architect, Yousif Boushnaq, was a Turkish man who had come over from Istanbul, solely to build this great mosque for Mohamed Ali, the ruler of Egypt from 1805 until 1849.
Duration: 1 hour

Departure Time
Suppliers and travelers coordinate start times within the given time periods.

HOLIDAY2011184
Basingstoke, United Kingdom
3029
Nefertari boat trip
This is well worth the money, the people look after you very well. Picked up taken to boat, then go down to see…
Read more 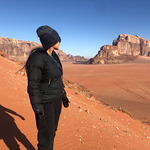 Radtravelreviews
Australia
30
Do not book with this unreliable company
We booked our tour early November for the 29th December. Immediately after booking I got In touch updating them on…
Read more

Ecosse-JonathanE
Chicago, Illinois
63
Note: This is Personal Preference, not reflective of guides etc
So... Guides were great, customer service was good. The main reason I had this at 3/5 is because I was expecting…
Read more 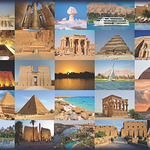