Save
Share
Overview
What to Expect
Sun Pyramids Tours representative will pick you up from your hotel At 10:00 am and transfer to the Citadel of Salah El Din in Cairo Where you visit Mohamed Ali Mosque that has been considered one of the most beautiful mosques in Cairo it is also known as the Alabaster Mosque because its outer walls has been Covered by Alabaster Stone.

Then Followed by another big famous Mosque Which is Al-Rifa’i Mosque The building is located opposite the Mosque-Madrassa of Sultan Hassan, which dates from around 1361, and was architecturally conceived as a complement to the older structure. This was part of a vast campaign by the 19th century rulers of Egypt to both associate themselves with the perceived glory of earlier periods in Egypt‘s Islamic history and modernize the city.

Proceed to visit the Most and Biggest mosques in Cairo which is El Sultan Hassan Mosque that also known as `Madrasa El Sultan Hassan` that was founded by Sultan Hassan in 1356 A.D . The mosque was, for example, designed to include schools for all four of the Sunni schools of thought: Shafi’i, Maliki, Hanafi and Hanbali, Then drive to Al-Azhar Mosque in Cairo it`s also known as the mosque of the most resplendent. Al-Mu’izz li-Din Allah of the Fatimid Caliphate commissioned its construction for the newly established capital city in 970. Its name is usually thought to allude to the Islamic prophet Muhammad’s daughter Fatimah, a revered figure in Islam who was given the title Az-Zahrā .the shining or resplendent one. It was the first mosque established in Cairo, a city that has since gained the nickname “the City of a Thousand Minarets.

End your day tour by a visit to El Hussein Mosque in Cairo .Hallowed mosque believed to be the burial site of the head of the Prophet Muhammad’s grandson.

Gracie G
Boston, Massachusetts
257
Relaxing cruise
My husband and I took this cruise from Luxor to Aswan. The staff were amazing, the Maitre d' Mahmood and his staff…
Read more

HEALTH F
Medina, Saudi Arabia
402
Under expectations
The place is very nice and had many choices but unfortunately the show is poor and the service is very very bad
Read more

Jane H
Salisbury, United Kingdom
4920
Excellent
We took our grand-daughter to Egypt and this was one of the highlights. The 'Captain' was very friendly and…
Read more

jacklin7069
Haverhill, United Kingdom
66
Royal Tulip quads
Booked an early morning family trip for 3 hours with our own private instructor, took the kids with us and doubled…
Read more 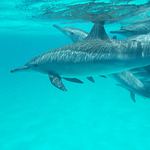 zgzgzgzg
34
Fantastic trip
The trip was fantastic. We saw and swam with lots of dolphins. The guides were very friendly. The photographer…
Read more