Save
Share
Overview
Highlights
What to Expect
You will be met at your hotel in Cairo at 8 : 30 AM by our professional Egyptologist who will accompany you to start the day by going to Memphis ( the first pharaonic capital 3200BC ) which established by the first King of the the first pharaonic dynasty ( king Menes ) , during our visit to this great ancient city will visit the opened-air museum of king Ramses II and will see :- the most huge statue of king Ramesess II ( almost 13 metres high ) and the second big Sphinx we have ( the Alabaster Sphinx ), plus some masterpieces ,
- Then will go to Saqqara ( the first pharaonic necropoli in the world ), in Saqqara there are around 15 Pyramids including the Step Pyramid of King Zoser ( the first Pyramid was built in Egypt 3000 B.C ), so you have a chance to see them and to go inside one of them , We recommend King Unas Pyramid because of the Pyramid Texts are carved in fine detail into the stone and filled with blue pigment. They cover all the available wall space, plus 2 Nobles' tombs ( amazing high reliefs in these tombs for fishing scene, agriculture, hunting, farmers while working in farms of animals and birds, the market , parties and girles dancing ), Then you will go to Imhotep museum , it's very little museum but very rich important objects for example ( a part of the interior wall of the Step Pyramid which decorated by blue faience porcelain tiles , 2 Royal mummies, lots of statues for the important employees such as a Judge and Scribe, Imhotep statue ( the Vizier , architect, private doctor of king Zoser ) , coffins and very well hand made jars , cups , dishes which made out of Alabaster stone ),
- Then will go afternoon to visit Giza Pyramids to walk around them while talking about how they built them at a time they didn't even have the pulley wheel, then will go to visit the tombs of the workers and get some informations about how they lived during the construction of the Pyramids,
- visiting 3 different Panoramic views of the Pyramids,
- Then visiting the Valley Temple of king Chephren ( mummification temple ) to talk about how they mummified their bodies,
- visiting the great Sphinx to talk about how they cut it, and how old is the Sphinx originally?!! ,
- Then back to the hotel around 5 PM.
- Lunch between visits at a local restaurant  ( Shish Kabak and Shish Chicken ).
Show More
Important Information
Departure Point
Any hotel in Cairo and Giza
Departure Time
8:30 AM
Duration
8h
Inclusions
Exclusions
Show More
Additional Info
Cancellation Policy
For a full refund, cancel at least 24 hours in advance of the start date of the experience.
4Reviews1Q&A 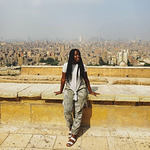 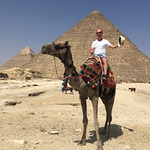 marcotR8086RH
Italy
10
Best tour to Giza Pryamids
From where should I start? Let’s start with the tour guide Ahmed hosni. What a fantastic guy!! Polite, honest,…
Read more 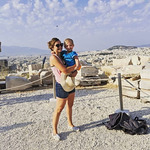 SurfHantsport
10
Best experience ever!!!
We decided on a whim to come to Egypt for a couple of days during our 3 week vacation. I located Nermine through…
Read more

chandl2020
Milan, Italy
20
The most amazing tour
That's our first time to the middel east take the wastern way of thinking out of your mind and enjoy the unknown…
Read more 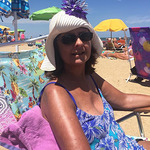 J6754NPangelae
Nuremberg, Germany
20
Professional!!
It's very professional and save ride , Great service and always on time we got a transfer from the airport to our…
Read more

J6754NPangelae
Nuremberg, Germany
20
Thanks Egypt best day tours
We wanted to say how much we enjoyed our trip to Aswan & Luxor. Egypt Best Day Tours really took care of all the…
Read more 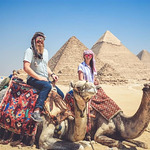 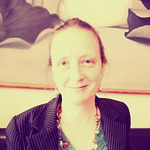 D5593ZKlaurar
Nuremberg, Germany
20
Professional Driver
It was very safe ride with Mohamed, he was waiting for us outside of the terminal holding a sign with my name ,…
Read more 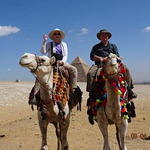 571irkaa
Milan, Italy
10
DO NOT BE AFRAID
We had a great time with Egypt best day tours we had our own very knowledgeable Egyptologist who not only filled…
Read more 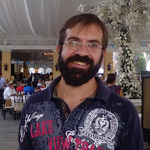 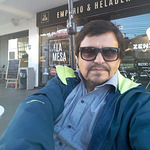