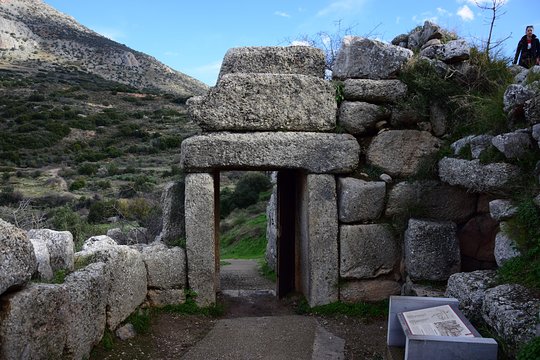 Stop At: Corinth Canal, Isthmia, Corinth 201 00 Greece
This tour will give you an excellent taste of the history of Laconia combining Ancient Greek and (the lesser known) Medieval Greek history. We will begin with a drive along the coast. On the way you will view of some Greek seaside villages and the island of Salamis (where the historical naval battle took place between the Athenians and the Persians). Our first stop the Corinth Canal. Opened in 1892 and separating the Peloponnese peninsula from the rest of Greece and connecting the Saronic Gulf to the Corinthian Sea. You will have time to walk across on a pedestrian bridge to admire the canal closer, (if you’re game,) on some days bungee jumping is an option.
Duration: 15 minutes

Pass By: Mystras, Mystras, Sparta Municipality, Laconia Region, Peloponnese
After the stop at the canal we will head towards Mystras driving into the southern Peloponnese peninsula through the mountainous landscape of the Greek country side. Reaching Mystras you will automatically understand why this location stands so unique within the Greek sites. Known as the ghost city, fortified on a citadel, Mystras is one of the two locations in Greece that preserves not only medieval churches but also ordinary houses, mansions and palaces of the Byzantine Empire in combination with Frankish elements.

Stop At: Archaeological Site of Mystras, Mystras, Sparta Municipality Greece
Walking in the site on the upper point you will reach the citadel and enjoy a magnificent view of the surrounding areas while walking down hill you will meet Spartantsjy-Moskva-logotipthe palaces and the Royal courtyards. Although known as the ghost city most of the monasteries are still in use and the monks will gladly show you around their small society. Before you exit you will come across the chapel of St. Demetrios, on its floor survives a plaque depicting a two head eagle (the symbol of Byzantium). It was on this very plaque that Konstantine Palaiologos kneeled before he was crowned the last emperor of the Byzantium.
Duration: 2 hours

Stop At: Acropolis and Ancient Theater, north end of Sparta, Sparta, Sparta Municipality Greece
Following that we will spend the rest of our time in Sparta known as the eternal rival city of the Athenian Democracy. Sparta revolved around a different Cosmo theory for the ancient Greek standards. Initially known as the birth place of Helen of Troy and the Kingdom of Menelaus (in Mycenaean period), Sparta was organized as a purely military society in the ancient Greek period. It was the city of the two Kings were a few aristocrats ruled and of course the city where Leonidas and his 300 Spartans marched from to face the Persian army Thermopolis in 480BCE.
Duration: 30 minutes

Stop At: Leonidas Monument, Sparta, Sparta Municipality Greece
Continuing we will pass in front of the stadium where the statue of King Leonidas stands marking the ending point of Spartathlon race (Athens – Sparta 245,3 km).
Duration: 10 minutes

Stop At: Museum of the Olive and Greek Olive Oil, 129 Othonos Amalias Street, Sparta, Sparta Municipality 231 00 Greece
We will visit the museum of (olive and) olive oil.
Duration: 15 minutes

No meals included on this day.
Accommodation included: We will have an overnight in Sparta in 3-4 stars hotel.

Stop At: Lion Gate, Mycenae Greece
In the site you will see the renowned Lions Gate (the oldest architectural sculpture in Europe), the cyclopean walls, the burial circle A and the remains of Agamemnon’s Palace.
Duration: 10 minutes

Stop At: Archaeological Museum of Ancient Mycenae, Mycenae Greece
Within the site there is a modern museum exhibiting the findings of the “City Of Gold”.
Duration: 30 minutes

Stop At: Citadel and Treasury of Atreus, Mycenae Greece
Before leaving the site we will make a small stop at the treasury of Atreus, the best preserved Tholos tomb, one of the finest examples of the Mycenaean architecture.
Duration: 10 minutes

Stop At: Sanctuary of Asklepios, Epidavros 210 52 Greece
After a short drive you will be able to visit one of the most important ancient Greek sanctuaries to God Asclepius the God of healing and medicine located in peaceful environment spread on a hilly area and reaching its highest point is the theater of Epidaurus.
Duration: 20 minutes

Stop At: The Great Theatre of Epidaurus, Ethniki Odos Isthmou Archaias Epidavrou, Epidavros 210 52 Greece
Following will be the site of Epidaurus. Reaching its highest point is the theater of Epidaurus. The best preserved ancient Greek theater dated 4th century BCE a proof of what miracles the ancient Greek minds could create. You can test the acoustics great even today and climb up until the upper seats just to close your eyes and dream you attended an ancient Greek tragedy.
Duration: 20 minutes

Stop At: Akronafplia Fortress, Nafplio Greece
After that we will travel towards more recent history of Greece to the city of Nafplion. Considered the most scenic city it functioned as the capital of Greece until 1834. Nafplion offers you a outstanding combination of fortresses and castle (Palamidi), Bourtzi, a huge port opened to the Aegean Sea and the unique architecture of the old city of Nafplion revealing Venetian, neoclassical and oriental elements . After walking in the idyllic old city we will stop for lunch at a traditional tavern by the sea, and drive up to the castle of Acronafplia for a panoramic view of Nafplio.
Duration: 10 minutes

Pass By: Akrokorinthos, Corinth 200 07 Greece
Last stop will be the site of Ancient Corinth. The city dominated by the hill of Acrocorinth and the old Castle, the oldest and largest castle in southern Greece. The site located at the foot of the hill.

Stop At: Temple of Apollo, Ancient Corinth, Corinth 20007 Greece
We will visit the Temple of Apollo which is located in the in the Ancient city of Corinth.
Duration: 10 minutes

Stop At: Ancient Corinth (Archaia Korinthos), Ancient Korinthos village, Corinth Greece
Apart from its archaeological and historical interest Ancient Corinth is also one of the most popular religious destinations in Greece as this was where the Apostle Paul preached Christianity, was judged by the tribunal in the Agora and established the best organized Christian church of that period.
Duration: 20 minutes

Pass By: Athens, Athens, Attica
And after that we will drive back to Athens.

No meals included on this day.
No accommodation included on this day.
Show More
Important Information
Departure Point
Traveler pickup is offered
Pick Up Time: 08.00 am
We suggest that the tour starts at 8:00 am.
If for any reason this is not convenient for you we will adjust the time according to your needs
Departure Time
8:00 AM
Duration
2 days
Inclusions
Exclusions
Show More
Additional Info
Cancellation Policy
For a full refund, cancel at least 24 hours in advance of the start date of the experience.

jmgardner0923
Green Bay, Wisconsin
9937
Perfect!
Dem, our tour guide, was amazing. We drove around Athens learning about all the amazing history in comfort. Not…
Read more 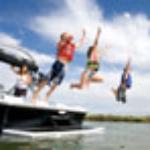 MrsHodge77
Sydney, Australia
5227
Great day out
We had a fab day out with Panos. With 3 adults and 3 children in our group, he was informative, knowledgeable and…
Read more

Daniel L
11
Great Delphi Tour with Dem as our Guide
My friends and I had a great experience during the Delphi Private Tour. Dem was an awesome guide- he is extremely…
Read more

SteelMagnolias03
10
Awesome
I love Olive Sea Travel but not Trip Advisor. This is the third time I’ve written this review and trip advisor…
Read more

LenoraSantana
Mount Juliet, Tennessee
30
Fantastic
Love Olive Sea Travel and will use agin! Panos was our driver and he was AWESOME! We wanted to see all the…
Read more 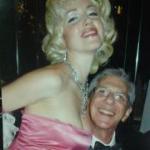 Lester B
New York City, New York
6440
Excursion Beyond the Norm
Since we had been to Athens numerous times we booked a private tour of the Peloponnese. Olive Sea Travel was very…
Read more

lbphoto18
New York City, New York
11
Excursion Beyond the Norm
Since we had been to Athens several times, we decided to go out of the norm and visit the Peloponnese. We…
Read more

HTG30
Jerusalem, Israel
1619
Athens overview
This was our first time in Athens and we only had one day to cover as much as possible as we were on a cruise. We…
Read more

Excursion645358
10
Our day was awesome...the little stories about Athens were great. suggestions for lunch..shopping were appreciated .
Highly recommend doing a private tour over a ship excursion any day! Could stop when we wanted and spend as much…
Read more 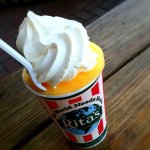 Lori R
20
Fantastic day in Athens!
What can I say besides book with this company now! My daughter and I LOVED spending the day going through Athens…
Read more

Trip60626687024
Gatineau, Canada
10
Excellent
They propose us a bus for 26 persons and it was easier and enjoyable for my group to be together. Thank you
Read more

P5186UPdianat
10
Athens
Our guide was excellent. His timing was impeccable. He made sure we were at the changing of the guard on time and…
Read more 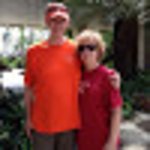