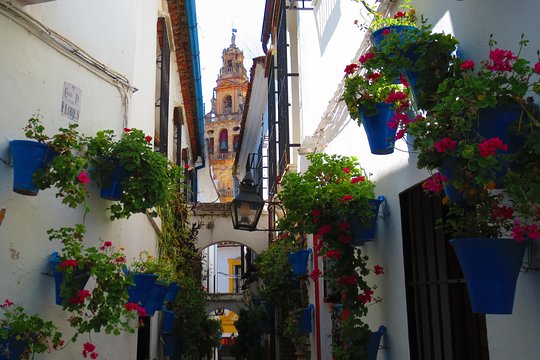 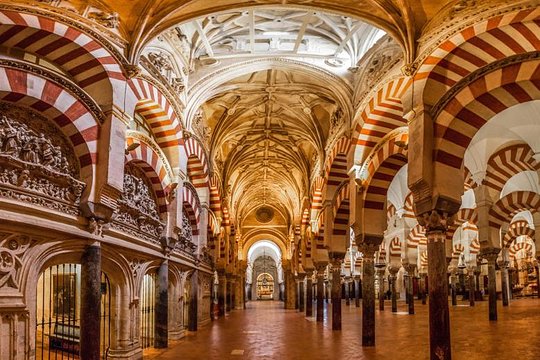 Select Date and Travellers
From
USD 101.57
Date
2 travellers
Options
Select tour language
Free Cancellation up to 24 hours in advance
Low Price GuaranteeNo Booking Fees
Overview
Highlights
What to Expect
Get on the air-conditioned bus that will wait for you on the way out of your hotel on the Costa del Sol in the morning to start the day trip to Córdoba, located about two hours away. This fascinating Andalusian city, capital of the province of Córdoba, is a captivating combination of Christian, Muslim and Jewish history, culture and architecture, which you will appreciate just entering the city centre.

Follow your guide, enjoy the architectural wonders of Cordoba, as well as its cobbled streets surrounded by balconies with flowers, old wineries, bustling bars and craft shops. Venture in the history of the city, which begins in the 10th century, when Cordoba was the most populous city in the world, or that is what experts say. In the following centuries, the inhabitants of the city, mostly Muslims, turned the city into the intellectual center of Europe, known for its tolerance of the Christian and Jewish minorities. Today, Cordoba is a UNESCO World Heritage site, and its old town remains the second largest in Europe.

Visit the Alcazar of the Christian kings, the medieval palace-fortress of the Christian kings, full of beautiful gardens, fountains and surprising architecture. Then visit the most important monument of Cordoba, the mosque (also known as the Mezquita-Cathedral of Cordoba), which represents the many religious changes suffered by the city in the last centuries. Originally a Catholic Church, it became an Islamic mosque in the Middle Ages and then became a church after the reconquest. With its impressive architecture, the mosque is considered one of the most outstanding monuments in the Arab world. Note The combination of large Roman columns, Baroque and Renaissance frescoes, and Moorish tiles and arches while touring the interior.

Then go to the old Jewish quarter (the Jewry), whose streets lengthen as capillaries and reach hidden patios full of locals enjoying some tapas after the NAP.

Before leaving Córdoba, stroll through the picturesque Calleja de las Flores, one of the most popular streets in the city. Turn to see the tower of the mosque above the corridor, one of the most emblematic views of Cordoba. Then, get on the bus to take the trip back to the Costa del Sol for approximately 2 hours.
Show More
Important Information
Departure Point
Costa del Sol, Estepona, Marbella, Fuengirola, Mijas, Benalmádena, Torremolinos, Málaga.
Departure Time
8:00 AM
Duration
10h
Return Details
The same place
Inclusions
Exclusions
Show More
Additional Info
Cancellation Policy
For a full refund, cancel at least 24 hours in advance of the start date of the experience.
1Review0Q&A

Write a review
Traveller rating
Traveller type
Time of year
Language
Selected filters
No results found. Try removing a filter, changing your search, or to read reviews.
About the operator 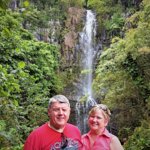 Jo_and_Tom
Anna, Ohio
437171
We stopped on way to Ronda from Granada - 6500 years old
I had read about this place and it being 6500 years old with structures made out of huge boulders and this is a…
Read more 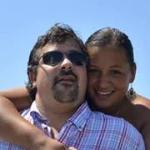 CARLOSMARTINF
Málaga
10
Wonderful visit
A very pleasant and enjoyable excursion, to do both with family and friends. Do not miss the dolmens or the…
Read more
Key Details
Why Book on TripAdvisor?
Travellers Also Viewed
Likely To Sell Out
Cordoba and its Mosque Tour from...
from USD 135.43*
Flamenco, Tapas and Wine Tour: BEST...
1 Review
from USD 84.64*
Discover Madrid from Málaga by High...
from USD 229.11*
Discover Sevilla from Málaga by High...
1 Review
from USD 153.49*
Frequently bought together
Guided Tour: Caminito del Rey from...
122 Reviews
from USD 67.04*
Gibraltar Express - Sightseeing Full...
350 Reviews
from USD 65.46*
Likely To Sell Out
Guided Tour of the Alhambra from...
57 Reviews
from USD 146.72*
Private 12-Hour Tour of Tangier from...
2 Reviews
from USD 563.17*
More options from Disfrutemos Viajando
See all
Privat Visit Medina Azahara and...
from USD 474.01*
Privat transfer to Sierra Nevada
from USD 733.59*
Dolmens and Antequera
2 Reviews
from USD 225.72*
Shop Tickets And Tours(319)
Shop Now
Day Trips & Excursions
Food, Wine & Nightlife
Cultural & Theme Tours
Private & Custom Tours
Shows, Concerts & Sports
Walking & Biking Tours